Voices of Service to Release Holiday EP “Deck The Halls” 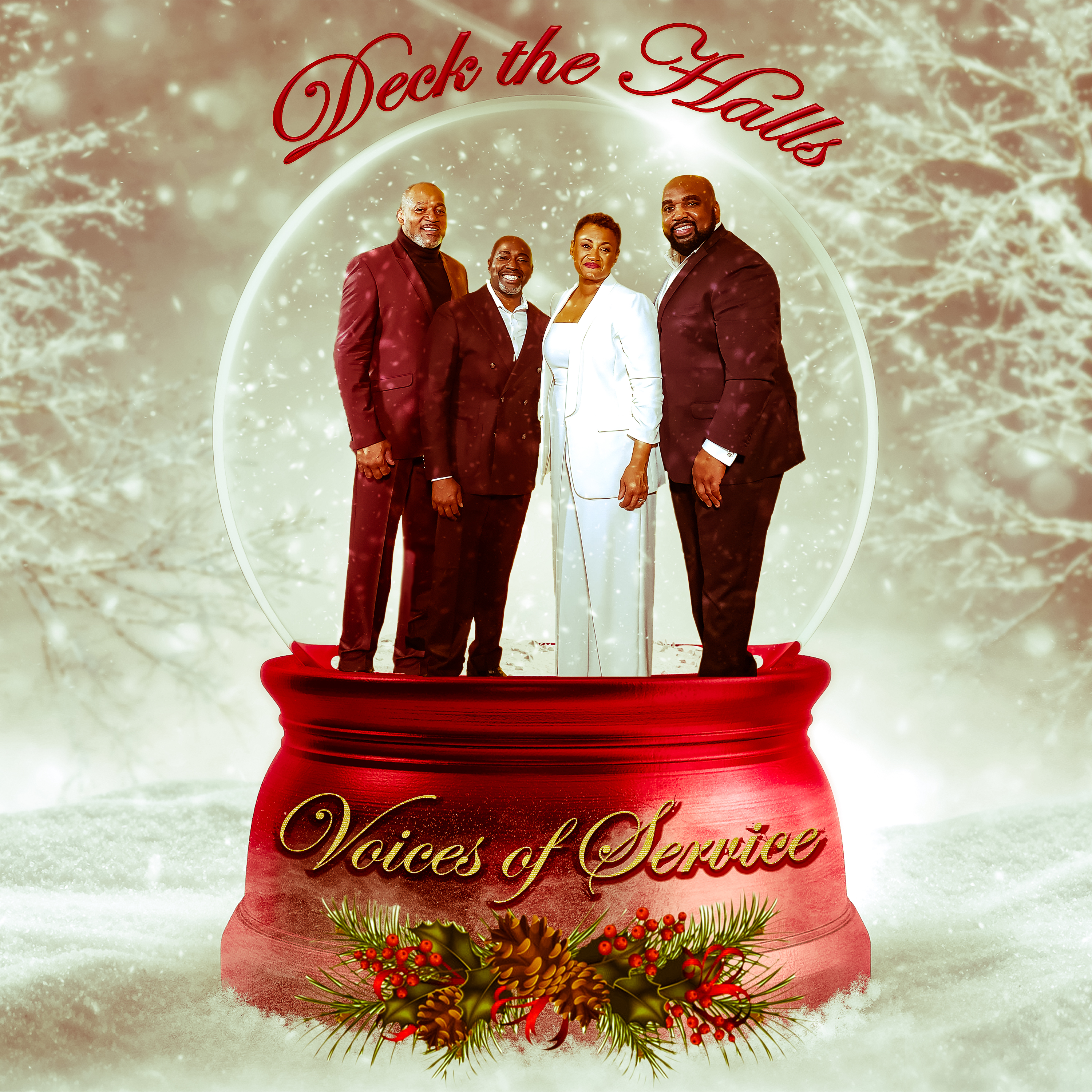 Mount Vernon, Virginia Oct 30, 2022 (Issuewire.com) – Voices of Service (VOS) released their holiday-themed EP Deck the Halls as a digital download and will be available on streaming platforms. Tracks on Deck the Halls were produced by David “DQ” Quinones (producer /writer for Beyonce, Usher, David Guetta, and Nicki Minaj to name a few), Johnny Black (producer/writer working with the likes of Jessie J, Estelle, Daughtry, Mr. Probz, and Tamia) and Jon Waller.

The EP features two original songs, “Santa Don’t Let Me Down” and “At Christmas,” co-authored by members of VOS, DQ, Johnny, Josh Lay, Moe Loughran, and Jason Walker. The EP also includes four traditional holiday favorites including the title track “Deck the Halls” which VOS will be performing during the Philadelphia Thanksgiving Day Parade. The performance will also be broadcast live on ABC-TV and ABC.com. A portion of the proceeds from download sales and streaming revenue will go to support the many veteran service programs of the Center for American Military Music Opportunities (CAMMO).

The two original songs were written at a songwriting camp in Nashville, TN hosted by CAMMO. “Santa Don’t Let Me Down “was composed by Johnny Black, Jon Waller, DQ, Moe Loughran, Jason Walker, and VOS. “At Christmas” Waller, Josh Lay (“Black Lightning”) and VOS. These songs along with the holiday classics “Sleigh Ride,” “Midnight Clear,” “Joy To The World” and “Deck The Halls” were recorded in Lake Anna, Virginia, at a house in which the team converted the master bedroom and its closet into a vocal booth and the basement into a tracking studio.

VOS is a singing quartet including retired service members Ron Henry, Christal Rheams, Jason Hanna, and Caleb Green. They are true examples of the excellence that exists within our military and veteran communities and are an inspiration for the nation that they serve, have served, and continue to serve through music. Henry, Rheams, Hanna, and Green had all been working with CAMMO in different capacities when the chemistry between these four sparked, then blossomed until it was undeniable, and VOS was born. Their journey and purpose reached a new dimension in 2019 as they achieved a top-5 finish on Season 14 of America’s Got Talent. The group influenced global awareness of the struggle of our service members, veterans, their families, and people from all walks of life who have endured visible and invisible scars.

Since then, all four have continuously been involved with CAMMO’s multiple programs which include hospital outreach programs: delivering Music as Therapy for servicemen and women who are coping with post-traumatic stress, and traumatic brain injury, (one of Henry’s duties); CAMMO Kids (Rheams started the program as a Director); Life Support Coaching (one of Hanna’s roles); providing CAMMO performers to participate in appropriate public events (Green is the brand ambassador for events and partnerships); songwriting workshops; musical mentoring; and many more. A percentage of their live performance fees are donated to CAMMO to support various programs.

The Center for American Military Music Opportunities was founded in 2009. Cathie Lechareas, one of the founders of CAMMO, recognized specific challenges that some of our veterans and active-duty service members face. She wanted to create a platform where veterans and active service members interested in pursuing music industry careers could learn, grow, and thrive. In 2020 David “DQ” Quinones co-founded and currently heads CAMMO’s A&R and production division.