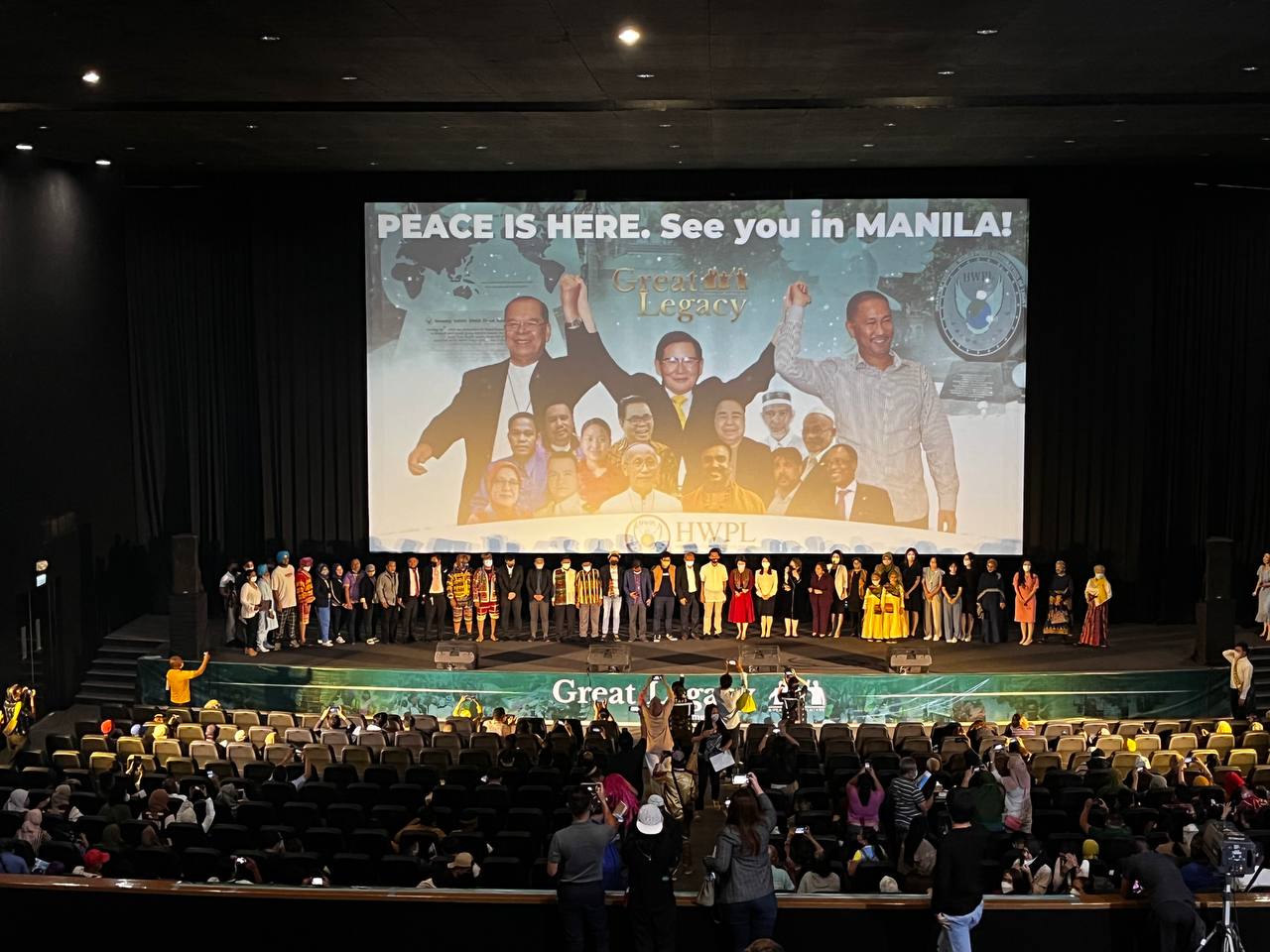 Washington, D.C, District of Columbia Sep 20, 2022 (Issuewire.com) – A documentary film about the international peacebuilding efforts for Mindanao in the Philippines, one of the world’s long-term conflicts sparked by violence that left over 120,000 deaths and millions of displaced persons since the 1960s was released and screened in the Philippines.

In celebration of National Peace Consciousness Month, a peace documentary titled “Great Legacy” premiered in a cinema in Davao City on the evening of September 6, 2022. Around 500 representatives from the government, education sector, media, as well as civil society leaders, religious leaders across the country, and peace advocates from Mindanao attended.

The documentary was produced by SMV Media Group, a broadcast company based in Seoul, South Korea, in collaboration with Heavenly Culture, World Peace, Restoration of Light (HWPL), an international non-profit organization affiliated with the UN ECOSOC advocating for global peace. The film showcased HWPL and actors who engaged in peace-related activities in Mindanao.

Davao City Mayor Baste Duterte congratulated by saying, “By showing people documentaries and films on peace, we may encourage more to be one with us in our peacekeeping and peacebuilding efforts for our communities.”

HWPL’s peace movement in the Philippines started when HWPL Chairman Lee Man-hee, a Korean war veteran and peace activist, visited Mindanao several times in 2013. He mediated a civilian peace agreement signed by Archbishop Emeritus Fernando Capalla and then Maguindanao Governor Esmael “Toto” G. Mangudadatu on January 14, 2014, in General, Santos City. Before the audience of 300 people including politicians, university professors, religious leaders, and students, the representatives on that day promised to cooperate in ceasing the conflict and building peace, especially in the Mindanao region which has long suffered the aftereffects of war.

This agreement became the starting point of HWPL in raising public awareness about peace not only in Mindanao but throughout the Philippines, based on the universal principles of mutual understanding, respect, and harmony. HWPL’s peace initiatives include law enactment for peace, interfaith dialogues, peace education, and youth and women empowerment, which has brought leaders in different countries to support peace in Mindanao.

In the film, Martin Lee Hojian, former chairperson of the UN Human Rights Commission of the United Nations, praised HWPL led by Chairman Lee, and the Filipino people who had a keen passion for peace. Also, Nabil Tirmage, Asia Pacific Broadcasting Development Organization program manager, said that the civil peace agreement in 2014 is an “amazing case of realization of peace that the world should study”.

“The conflict in Mindanao has been a major variable not only in Southeast Asia but the global situation. The establishment of peace in Mindanao was a global task and required constructive intervention from the international community. In particular, it will be possible to understand through this documentary film that the efforts at the private sector, like HWPL in Mindanao, are the foundation for peace to settle down,” said an official of HWPL.

SMV Media Group announced that the documentary film will be accessible through various channels in different countries including broadcasting stations and multiplex theaters. 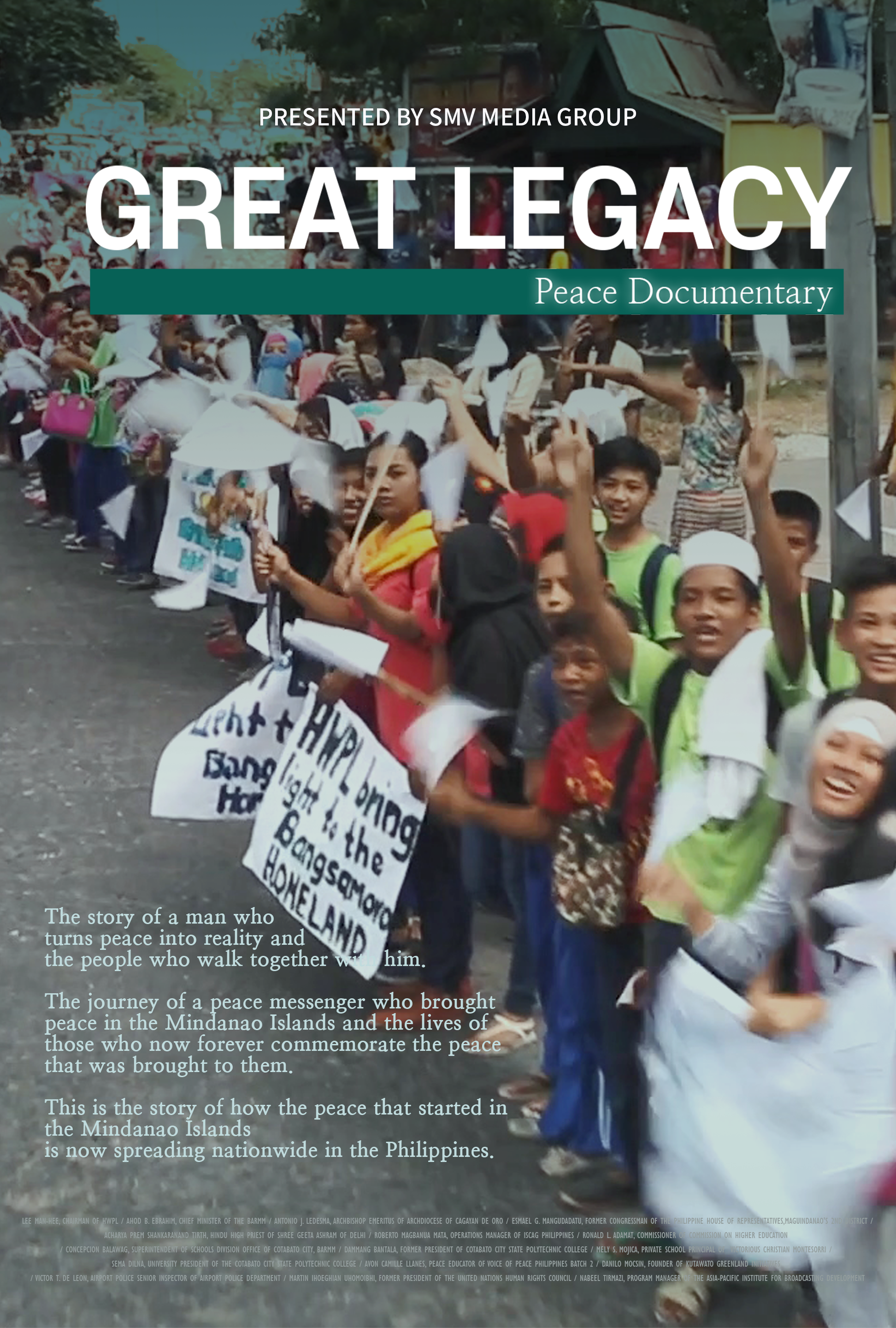